The two most frequently asked questions I’ve gotten from my previous clients are:

1) What should I do next after receiving a citation?
Scroll to the bottom of this page to read more about this

2) How much is this going to cost?

BOND:
Except in rare circumstances your bond is already going to be set if you are charged with a misdemeanor at whatever the amount of the fine for the offense plus jail fees.  If you’re charged with a felony, you’ll be taken for an initial appearance before a judge who will tell you what you’ve been charged with as well as what your bond amount will be.

You’ll have 2 options: to pay the bond or post property to it, or you hire a professional bail bondsman.

ATTORNEY FEES:
Why would you need to hire someone like me to handle your misdemeanor? There's a harsh truth to the criminal justice process....The public defender who handles your case may not give it the proper attention necessary to help you out completely.
When you hire someone like me, I’ll personally work many times harder than a public defender because getting your life back in order is how I stay in business.

Since the law is complicated and there are so many individual factors to every case, it’s important to contact an attorney to walk you through the process and how much it will cost you.  The simple truth is:
The cost of NOT hiring an attorney is much greater than the attorney fees.

There is  always something that can be done, and I’ll work hard to make sure it’s a solution that will keep the situation from spiraling out of control.


When you get pulled over, do you have to answer the officer’s questions?

Absolutely not. You are free to provide some info or none at all.

Anytime you interact with law enforcement, what you say can be used against you regardless of whether you’ve been read your Miranda rights. You’re not entitled to those unless you’ve been taken into custody and the police want to ask you questions.

When you’re pulled over in a roadblock, anything you say can be used against you. If you admit that you’ve been drinking, then that’s enough to give officers probable cause to investigate their DUI suspicions further.

Should you blow through a breathalyzer when asked to do so?

If you don’t blow, your license will be suspended for 90 days. If you do, then whatever the results of that test will be admissible and be used against you during trial. A change in Mississippi’s DUI laws goes into effect on October 1, 2014.  Now, any person who takes the breathalyzer and blows less than twice the legal limit can request that their DUI be non-adjudicated.

If you’ve done the field sobriety test and the breathalyzer, then you’ve given them evidence to convict you.

You are under no obligation to take portable breathalyzers or field sobriety tests and there are no penalties for refusing them. Field sobriety are notoriously subjective, and I would never agree to take one. Whether or not to take the breathalyzer at the jail goes back to what you’ve done before that. 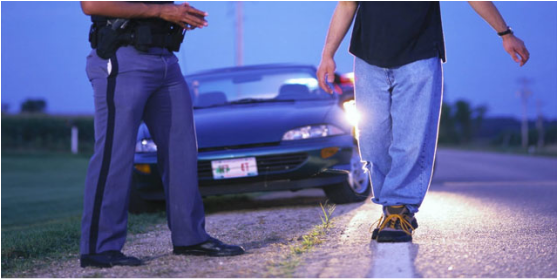 What are the costs of a minor in possession (MIP) charge in Mississippi? How does having a fake ID or other charges along with that complicate my situation?

Every charge has different costs and consequences, and I've educated many students and parents about how it can affect academic standing, public records, etc. It's hard to post an answer to all these questions without knowing more about your situation.

I encourage you to fill out any of the forms on this site, or give my office a call so we can tell you exactly what will happen next. You should also know what to do before you appear in court. All communication is confidential and our office is glad to help.

What does it mean to have my charges non-adjudicated?

When you’re charges are non-adjudicated, you go to Court and offer the Court your guilty plea. Instead of finding you guilty, the Judge withholds accepting your guilty plea - essentially pressing the pause button on your case - and requires you to do certain things in order for him not to accept it, usually paying court costs and fines, attending classes and passing drug or alcohol tests.


Can I really get arrested or charged with public drunkenness by walking home?

You can be arrested for walking home drunk in the presence of two or more persons. An officer will pull over for a welfare check, then they call another squad car to have a second person to convict you.

It’s frustrating because anyone could be arrested for this.

You’re most likely to be arrested for public drunkenness by calling attention to yourself by being loud, falling down, being aggressive, or not being able to walk safely.

However, a public drunk charge can be expunged and you likely won’t have to go to jail for it. Generally, community service, probation, and a fine are the penalties.

90% of having a successful criminal defense attorney is having someone who can think on their feet and ask the right questions.

What I’ve learned about police officers is that they can’t exactly remember the details of some trivial events like these, and by asking them questions to recall this experience they will give an unreliable testimony.

However, even though you know the truth about these situations, you will benefit greatly from having someone like me on your side if you happen to be in trouble.

Watch the short video below if you're interested in having your DUI expunged from your record. We can schedule a free consultation to discuss the matter before we decide to take your case.